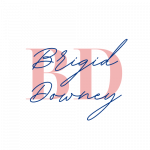 We’re driving. Through Boston in August. The rain pours on the car and I sip my root beer smiling at the way the lights of the buildings and cars get muddled and watery through the windshield turning the road into a washed-out watercolor painting. Our playlist is on; switching between ‘80s music, ‘90s punk rock, and Broadway show tunes. We sing along, parts memorized for as long as I can remember. I sing Defying Gravity from Wicked, we headbang to Sugar We’re Going Down by Fall Out Boy, and our parts are long memorized from broadway duets.

Interspaced between the music I talk. About my sister, school, fears of the future, and the cacophony of sound between the music, my talking, and inside jokes calms me as the rain seems to block out the city surrounding us. We had planned to see Shakespeare on the Common’s production of Romeo and Juliet while eating sandwiches from The Earl of Sandwich while talking in horribly nerdy British accents. All this to fuel our nerdy tendencies towards literature and British humor, but the play had gotten rained out. So, we got our sandwiches, I took some lovely Instagram pictures of Boston in the rain, and we headed home the long way.

My dad and I take a lot of car trips. I can remember one weekend in early May when I was in middle school just freaking out. My dad grabbed the keys and said, “New Hampshire or Boston?” I picked New Hampshire and we drove north stopping at Hampton Beach where I buried my toes in the sand rolled up my pants and bravely waded into the frigid, spring ocean water until the stress melted away and I was laughing.  When my mom saw the pictures, she said I was lucky to not have gotten a cold.

We’ve gone to Boston quite a bit, too. Walking around the city as if it was my second home. Every time is an adventure ending in lobster mac and cheese from this little place in Quincy Market. I grew up watching Red Sox games with my dad and we’ve gone to Fenway a few times, too. There is a long-lost picture of me as a toddler in bobby socks and a red sox cheerleader onesie complete with pigtails. Sports were always huge for my dad and me. He used to record every Olympics on the VHS player and I loved watching the opening ceremonies along with ice skating and gymnastics. When it wasn’t the Olympics I’d be asking to stay up to read. My dad always had books everywhere around the house and I guess it was appropriate that I always got in trouble for reading past bedtime instead of sneaking out.

As I grew up I stopped listening to ‘80s music as much and stopped watching ice skating. I stopped reading for nine hours a day and life took over. My dad moved out when I was eleven. I quit dance that year. Then, I tried to pick up the guitar so my dad could teach me and I could play like he did when I was little, but then I didn’t play for nearly two years. I wasn’t allowed to get out of car rides, though. When I was sixteen, I came out to him as gay. That Spring he took me into Boston to meet my long-distance girlfriend who was in town for a student conference. He drove me back and forth all weekend finding things for us to do while she was in classes and finding quick things to show her that we could go do when she wasn’t.

I was in my sophomore year when I decided to become a writer and go to school for English. I was in my junior year when my dad took me on my first car ride in the Berkshires to go to the Massachusetts College of Liberal Art’s fall open house. That trip started the beginning of listening to Broadway music for the three-hour drives back and forth. Until one day when my dad brought out an ‘80s playlist interspaced with ‘90s punk rock.

I look over at my dad now. In rainy Boston my last summer home. I haven’t been myself for a long time. Letting go of ‘80s music and ice skating. Sometimes I look at the pictures from my first dance recital where he’s standing next to me holding my bouquet of flowers while I stand in the parking lot a mess of green sequined tutu and the biggest smile on my three-year-old face. I started to dance again four years ago and my dad has never missed a show.

I’m slowly finding my way back to ‘80s music and ice skating and realizing that in order to figure out who I am I have to revert back to who I was. A girl who twirls her hair around her finger the way I’ve watched him do a thousand times while he reads. Who loves her guitar named Travis because it looks like the one my dad had when I was a kid. Who goes ice skating as often as possible because a little six-year-old me looked up at my dad one day and said, “One day I’m gonna do that,” and meant it. A girl who has a fascination with Christmas lights because every December my dad would take me and my sister to go see the light displays at either the Stone Zoo or Edaville Railroad and on the way home we would get hot chocolate from Dunkin Donuts and it was my favorite part about Christmas.

My dad to me is comic books, and Star Wars, and British humor, and inside jokes, and car rides, and rock music, and one of my biggest fans. I get my love of books from him, my nerdiness from him, my intelligence and dreams and stubbornness from him. And singing in the car now I’m painfully aware that it’s my last August at home. Next July, I’ll be moving to Madison, Wisconsin to live with the same girl my dad brought me to meet when I was sixteen. Now he’s looking at U-Hauls and pricing things out because he’s determined to get me there. He’s determined to take one last long car trip to send me to my future. And I look over at him holding back tears of happiness and, also, sadness. I reach over with a smile and turn the radio up on The Beatles’ Here Comes the Sun.